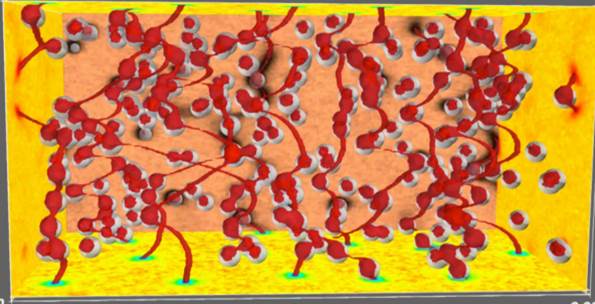 Who could have predicted such longevity,
To the study of superconductivity?

BCS theory once explained all superconductors known,
Until the existence of “unconventional” ones was shown.

“What is a superconductor?” you may say,
Well, it is a material that behaves in a few key ways.

Electrical resistivity describes how easily electrons flow,
And in an ordinary conductor, this resistance can only go so low.

But in a cooled superconductor this resistance can disappear!
For below a critical temperature, this and other effects appear.

Magnetic fields in a superconductor are expelled,
Meaning a magnet placed by one will be repelled.

But the science behind these new superconductors remains quite elusive,
Despite all our study and progress, the findings are far from conclusive.

And so the D.O.E. formed the Center for Emergent Superconductivity,
To advance our frontier of knowledge and increase our productivity.

On accomplishing three major challenges, the CES is quite fervent:
To find new materials, understand mechanisms, and control critical current.

The discovery of new materials has often been more chance than inspiration,
The CES plans to change that with feedback between growth and calculation.

How to find the mechanism that causes electrons to pair up and flow as one?
The CES uses new and refined experimental tools to get the investigation done.

Running too much current can break down the superconducting state,
But the CES trapped vortices to allow more current flow, which is great!

Though much progress has been made, the remaining work is quite involved,
So the CES will continue researching until the superconducting mystery is solved.

Running the East Coast in Summer

Even far north we swelter at night
outside and in
though it could have been worse,
watching blue sparks radiate
from copper overheads.
They once bowed their metal selves
like old servants, stressed too soon,
lain haphazardly on branches
swooning to chill our American homes,
vulnerable to killer storms
from the crooks of their verdant crutches.
There was struggle.
There was heat
and electric humming.

But we undid this failing antiquity.
We set every atom in its place.
Because power cares what mode it travels in
we needed arks.
Two by two electron pairs
stretched through crystalline rocks
chiseled from the crucible and the furnace,
the reel-to-reel and the radiation bath.
These could not be mined. These could not
be dug from the earth like copper, whole.
Superconductors were aligned by men
to bring cool air from the desert.
Terrible magnetic vortices were tamed like white water
coursing through the desert.

Two charges bound to flow invisibly
like superhighways for the sun
bear lossless motive force,
impel the machinery
of each teaming coast.
We might sway comfortably beneath our diode lights
because of high tee see electric lines
and never hear again the humid vibrating hum
of classic substations overburdened
with ill-bought comfortable sleep
and transformers nailed to trees
roasting in our starless urban dark.

~~The picture shows vortex lines moving through an array of randomly placed spherical nanoparticles. This is the visualization of the order parameter isosurfaces which are obtained by numerical simulations of the time-dependent Ginzburg-Landau equations.